“Shenzhen Bay School is onto something big!”

“As an international award-winning educator, with over 42 years in traditional public and charter public schools in the USA, I recently had the opportunity to visit Shenzhen Bay School in Shenzhen China. During my visit, where I met with key administration members, toured the school, observed classroom instruction, and spoke with both teachers and Foundation Board members, I found SZBS’s progressive new approach to educating children to be a thoroughly refreshing and very effective alternative to a traditional public school system that already produces some of the brightest young minds in the world.

SZBS has thoughtfully reduced the typical 50:1 student teacher ratio, common in most Chinese schools to 25:1. The lower student teacher ratio allows opportunity for teachers to spend quality time with their students, developing positive relationships with individual students. SZBS has found a way to successfully balance physical fitness with a rigorous academic curriculum. “

“In my first ever visit to China and the Shenzhen Bay School I was overtaken by the incredible design of the physical plant of the school.  I never have seen anything like it for an elementary school.  The teaching and learning we observed was cutting edge. Most importantly, the students displayed impressive degree of maturity, enthusiasm, joyfulness and social responsibility.”

Shenzhen Bay School gets the attention

Professor Harris, who currently lectures at New York University, is a senior expert in education administration. He has received various prestigious education awards and has been invited to the White House to receive presidential recognition six times. He has visited China 17 times and travelled extensively in major provinces and cities and a variety of schools. He has a deep understanding of the education in China.

Professor McCarthy is a expert in the development of sports education curriculum and coaches at Boston University School of Education. Before this trip, he had never been to China. It was the education concept of “academics+athletics” and the champion quality of Shenzhen Bay School that attracted him. At the invitation of Professor Harris, he decided to visit the school on the same trip. 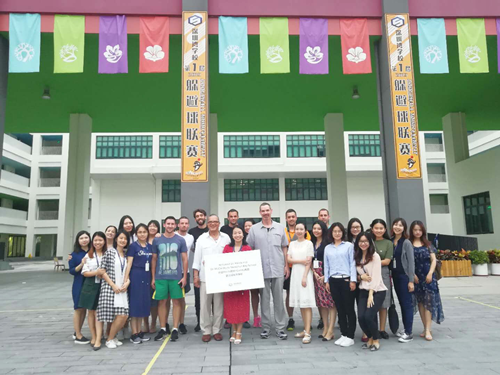 Right after they finished teaching the springterm in America, two professors departed from Boston Logan International Airport to Shenzhen. They visited the Shenzhen Bay School campus and communicated with teachers and students so as to understand the school mission and operations. They learned that the school was creating a model of “academics+athletics.” Sport is the starting point, the academy system and the school sports team are the basic organization, and “whole-person development” is the fundamental task. This education model reinforces sports to guide and motivate students to manage their learning processes and outcomes, enable students to growin their roles teams, and engage students in efficient and meaningful learning.

The professors kept asking questions and talked with different teachers and students, intending to observe and study Shenzhen Bay School from different perspectives. 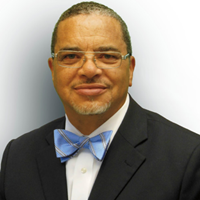 He has been the recipient of numerous civic and community awards, including the U.S. Department of Education’s National Distinguished Principal Award, the Massachusetts Principal of the Year Award, the Boston University Wheelock College of Education and Human Development’s Distinguished Alumni Award, The John Stanford American Hero Award and the President’s Award from the NAACP of Boston to name a few.

He was a football standout at Boston University, where he earned “Most Valuable Backfield Player.”

Professor Harris has served for over ten years as a mentor principal to the Harvard Graduate School of Education and most recently served as Faculty Director and Assistant Professor of Practice at the Boston University Wheelock College of Education. He has taught graduate and undergraduate courses at Boston College Lynch School of Education, Curry College, and the University of Massachusetts Boston.

His success with urban schools extends beyond our shores and has attracted the attention of educators in China, Sweden, and Spain. He travels extensively to China serving as a delegate to the Chinese Bridge to American Schools Program, and has developed partnerships and exchange programs with Chinese Universities and K-12 schools.  He has introduced mandatory Mandarin language classes for elementary school children in Boston, has taken students, their parents, and teachers to The Great Wall of China, and was recently invited to Beijing to receive the Confucius Classroom of The Year Award. 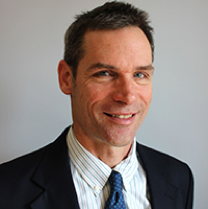 Professor McCarthy oversees the Coaching Specialization in the Physical Education, Health, and Coaching graduate program. The course of study that he and his colleagues have designed trains coaches to be leaders in their field. It also trains students to work in the field of coach education and research on coaching. Professor McCarthy’s students are trained to understand the coach’s role in the growth and development of young people through sport, and thus the societal importance of good coaching.

In addition to his teaching, Professor McCarthy is the Director of Boston University’s Institute for Athletic Coach Education, a new institute within Wheelock College of Education & Human Development. The Institute offers training and education for coaches in the community, particularly those involved in youth sport. Through the Institute he is involved with designing and delivering innovative coach training to coaches in youth development programs such as the Play it Smart, a nation-wide program run by the National Football Foundation. Professor McCarthy has extensive practical experience gained from his fifteen years as a coach at the college and high school levels. He has done research on coaching; his doctoral dissertation is a study of how master football coaches develop team confidence. Professor McCarthy has also been highly active in the field of coach education. He has been the regional coordinator for the N.F.L.’s Coaching Academy Program, and sits on several advisory boards for organizations that are aimed at developing youth through sport, including G-Row Boston and the Starfish Foundation.


The visit at Shenzhen Bay School


From May 22 to May 24, among the usual laughter on campus, you could spot Professor Harris and Professor McCarthy getting busy together with the students and teachers.

On the early morning of May 23, the two professors came to observe classroom teaching and spoke highly about our teachers and students afterwards. They noted how teachers engaged students to be active and provided opportunities for critical thinking, they also commented on the impressiveness of students’ English level at a young age. 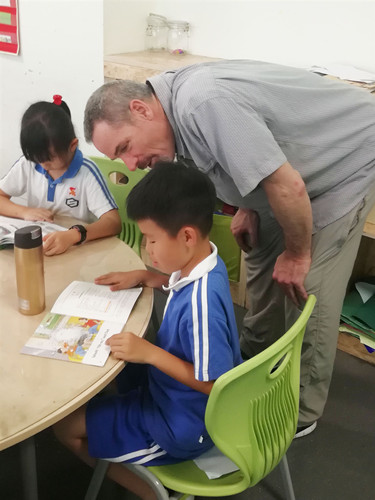 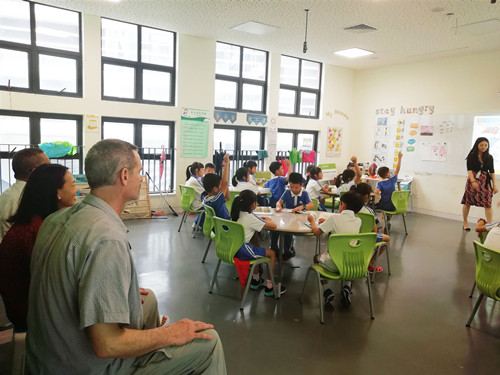 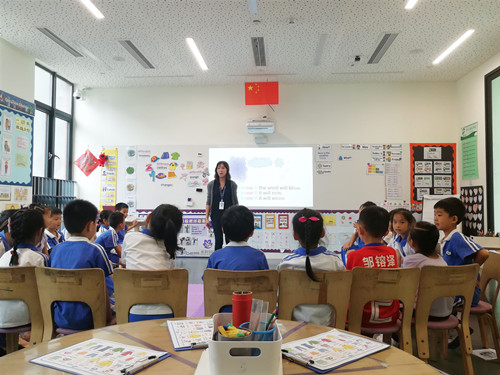 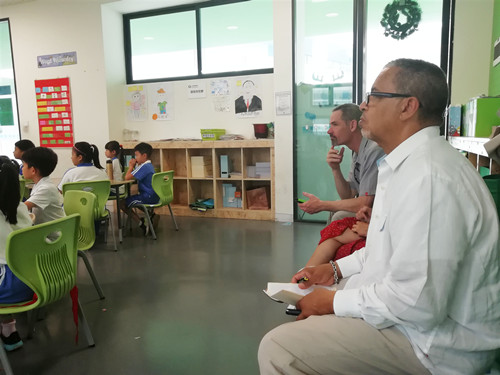 The two professors were deeply impressed by Ms. Zoe Ou and Ms. Yuchen Liu’s teaching. Professor Harris asked and analyzed, "why do you give instructions in English instead of Chinese? Is this intentional for immersive language learning?" "How do your native Chinese students in Grade 1 and 2 reach this English level? The teaching and learning must be very effective!"

At the same time, Professor Harris commented that the classroom teaching of Shenzhen Bay School is different from the vast majority of the classes he observed in China. Instead of straight rows, children sat at five round tables; instead of bows and rules, children got involved cheerfully and enthusiastically. Professor McCarthy couldn't help but praised the teachers, "She is fabulous in her classroom!"

Professor Harris and Professor McCarthy also ran two teacher professional development workshops while they were at the school. They conducted the training in English for the faculty. Both the Chinese and foreign faculty attended with a lot of enthusiasm.

Professor Harris addressed on the theme of “The power of Passionate and Purposeful Teaching”. He passionately inspired the teachers to see that they are achieving tremendously on this extraordinary platform and they should continue to have faith when they meet challenges going forward. 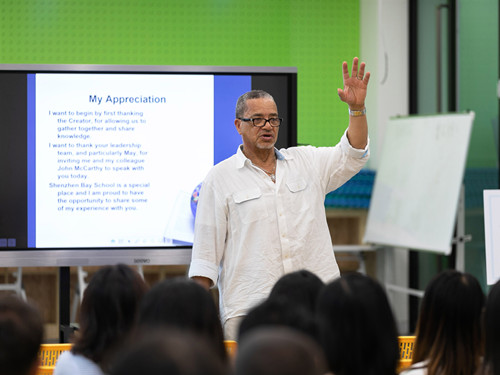 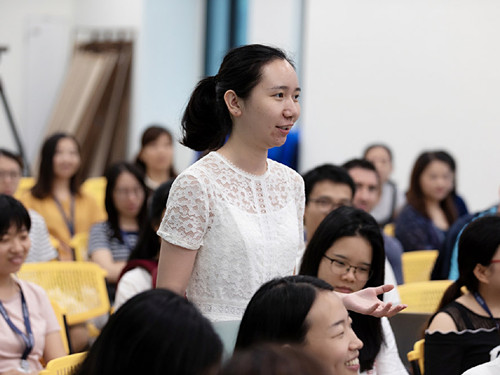 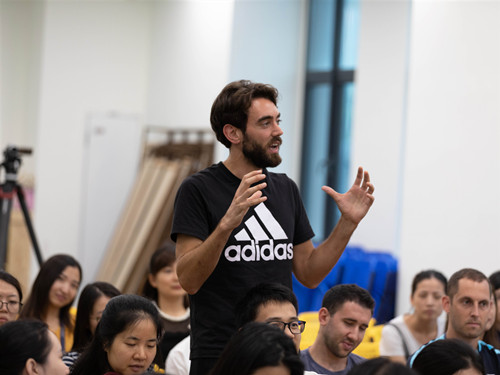 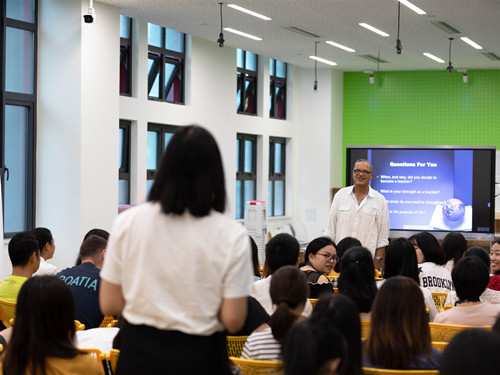 Under his guidance, the teachers talked about their original intentions in becoming an educator, their strengths and weaknesses as an educator, and also, the purpose of life for them.

Professor Harris also talked about his personal experiences growing up and becoming a dedicated educator. He shared with us about his struggles at a young age as a minority and his experience in the jaws of death as a member of Marine Corps in the Vietnam War. He returned as a war hero. However, the United Stated was in the peak of the civil rights movement, despite that he was wearing a uniform, he was refused at the airport by white cab drivers for his taxi ride home. Additionally, he shared with us the reasons why he devoted himself to education, which is also the purpose of life for him, “Making the path wider for those coming behind you.” 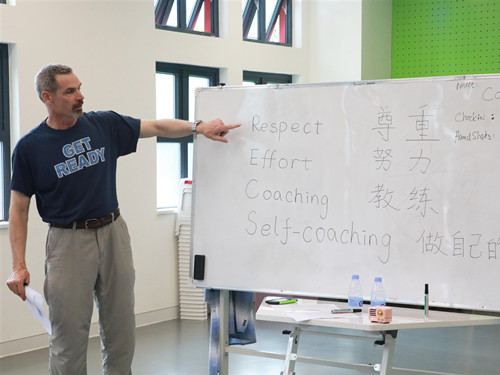 Professor McCarthy gave a workshop with the theme of "Coaching the Whole Person", incorporating the expertise in psychology and education to encourage and guide all teachers from different subjects to become the coaches of their children's lives. By giving students autonomy, belonging and competency, they can have thriving development. He also emphasized the importance of emotions and emotions in education. He encouraged teachers to establish positive emotional connections with students, and to give them safety, trust and protection through coaching skills, so that they can get positive development. His impressive sentence is “Emotions always win!” 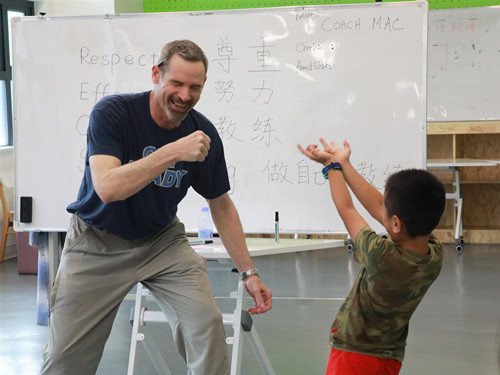 In addition, Professor McCarthy conducted a demo PE class with students in Class 9 Grade 2. He used the “Get Ready” sport program developed by his team which integrates sports and children’s social and emotional development. This time, the key words of the class were “Respect, Effort, Coaching, Self-coaching”. The lesson attracted about 50 teachers including the principals to observe. In the class, the children soon became close to the “new teacher” Professor McCarthy and actively participated in the classroom. At the end of the class, two students presented school caps to the two professors, expressing their appreciation. 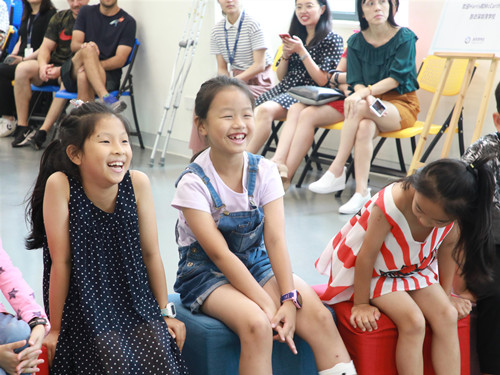 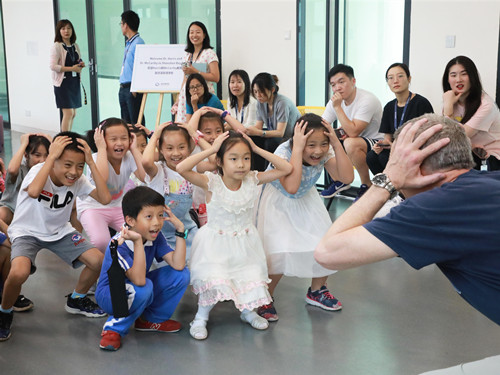 “Shenzhen Bay School is onto something big!”

During the visit to Shenzhen Bay School, the two professors saw a big vision for the school’s future. Particularly, Professor Harris commented on the advanced governance structure of the school. He acknowledged the tremendous effort and achievement of JS Education Foundation which has paved the way for the school. With in-depth observation of the school, Professor Harris mentioned that new practices were impeccable, he also generously shared his wisdom and provided pertinent suggestions to the school management team. More importantly, he pointed out that it is the schools like Shenzhen Bay School that could drive forward the development of public education. With a beautiful campus environment, advanced teaching facilities and extraordinary faculty and staff, Shenzhen Bay School will play an important role in the future of China’s education.

Looking into the future

The educational concepts and experiences of the two professors are highly compatible with Shenzhen Bay School. They have initially proposed several ideas to support the further development of the school, including establishing partnerships with high quality charter schools in the United States and providing excellent English-speaking teachers for the school.